Life at the horseshoe lake 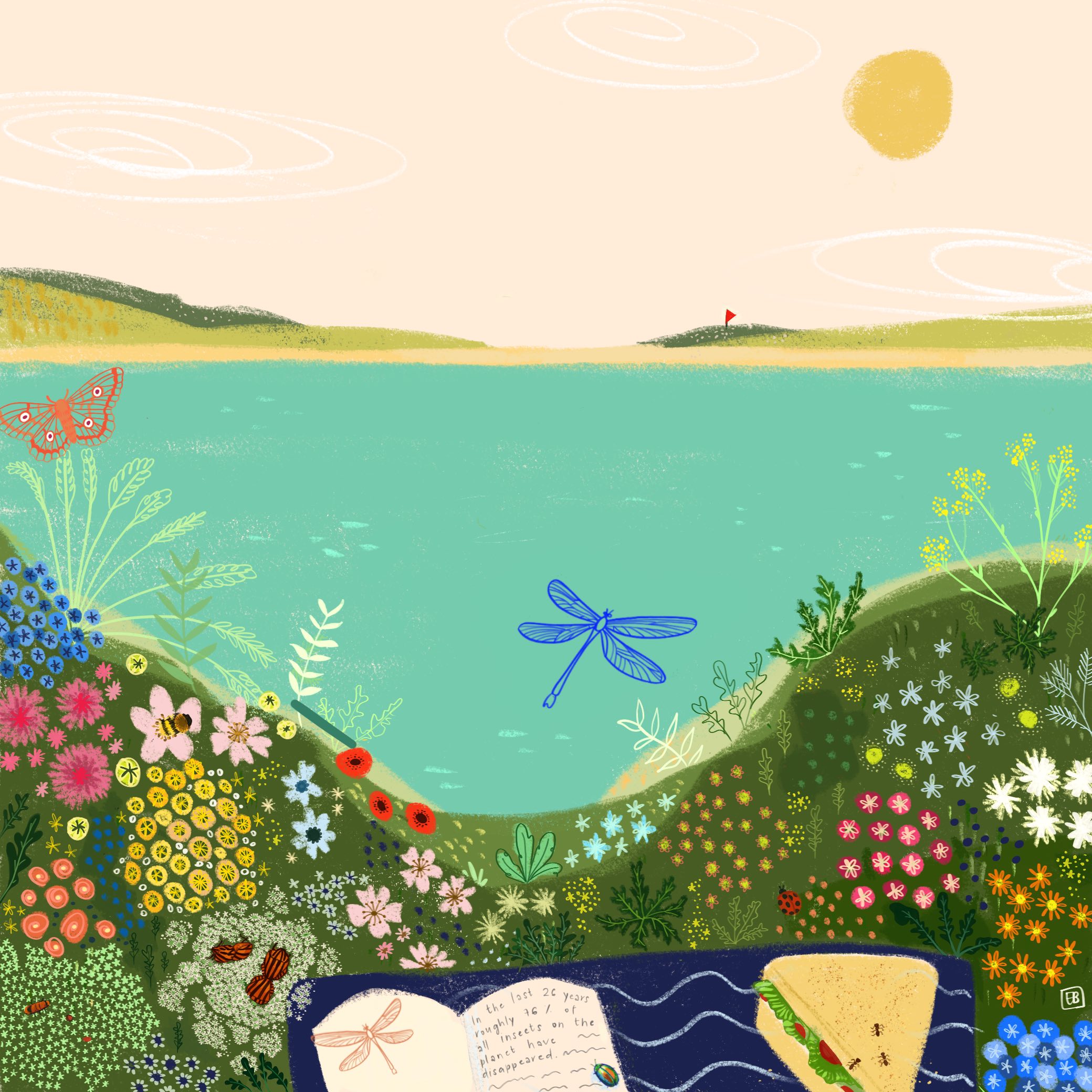 I have a favorite place at the shore where I always go. I sit there and observe. As soon as I find focus, I can see them: The podgy beetle that is climbing across my towel, and the ants inspecting my sandwiches.


Close to the city of Halle, where I live, is a lake. Due to its shape, it is called the horseshoe lake. When I moved to the city the lake was only accessible via narrow paths, its shores overgrown with bushes, trees and wildflowers. There were wild apple trees growing, elderberries and mirabelles. It was a small oasis for wildlife near the city.

During the last years many things have changed: The paths were asphalted and a part of the shore was turned into a beach. There is a golf course now, as well as an ice-cream parlor and a restaurant. There are many more people coming to the lake now, and it is no longer a place where you can forget about city life.

Particularly the construction of the golf course made me angry. Big areas where flowers bloomed were turned into a sterile golf lawn. Sometimes I still can’t believe that this destruction of a natural area has actually happened. The area is now lost to the community and as a space for many wild species.

Still, the lake is a place of retreat for me. There are some small overgrown corners left where I can go when I need to escape the city, its noise, its heat in summers and its narrow standing facades. I have a favorite place at the shore where I always go. I sit there and observe. And as soon as I find focus, I can see them: The podgy beetle that is climbing across my towel; the ants inspecting my sandwiches; blue dragonflies standing shivering in the air; two red and black striped beetles mating in the middle of a blossom.

Though they are moving so fast, they make me feel so peaceful. When I watch these tiny fellows, how they follow their everyday routines, taking their decisions and having their own struggles (“How do we transport this sandwich? Does anyone have a plan?") I forget about my own everyday life, my own struggles. I feel a deep humility in these moments, and as a part of a bigger whole.

Recently I attended a lecture on biodiversity. The lecturer said that in the last 27 years roughly 76 percent of all insects on the planet have disappeared. Those are only estimations, but still, the number is enormous. This figure scares me.

I can clearly observe this change when I open my window at night while the lights are switched on. A few years ago, my room would have been crowded with moths and other insects. These days, some single moths may enter, but that’s it.

An incredibly diverse cosmos is disappearing right in front of our eyes: tiny creatures, flying, crawling, creeping, buzzing. They form the base of the food chains of almost all land animals - thus our food depends on them. The reasons for their extinction? The overexploitation of resources by humans, destruction of habitats, monocultures, pesticides, and of course, the climate crisis. The golf course by the lake is part of the problem.

The knowledge of biodiversity loss affects me deeply. I enjoy watching the insects by the lake even more. I don’t see insects as disgusting or annoying anymore; My perspective has changed. I look at them with more respect and fascination, and I do my best not to kill them. If an insect gets into my room, I carry it outside, also if this means walking downstairs to the yard.

I don’t have the right to let a lady bug or a bee die, just because it might annoy me. These bugs do so much for the ecosystems and for the earth, their job is so much more important than my jobs on this planet could ever be.

Art by Emma Bertipaglia @doodles.by.emma10. Emma is an artist based in Milan, Italy. She is interested in anything climate and social justice related.