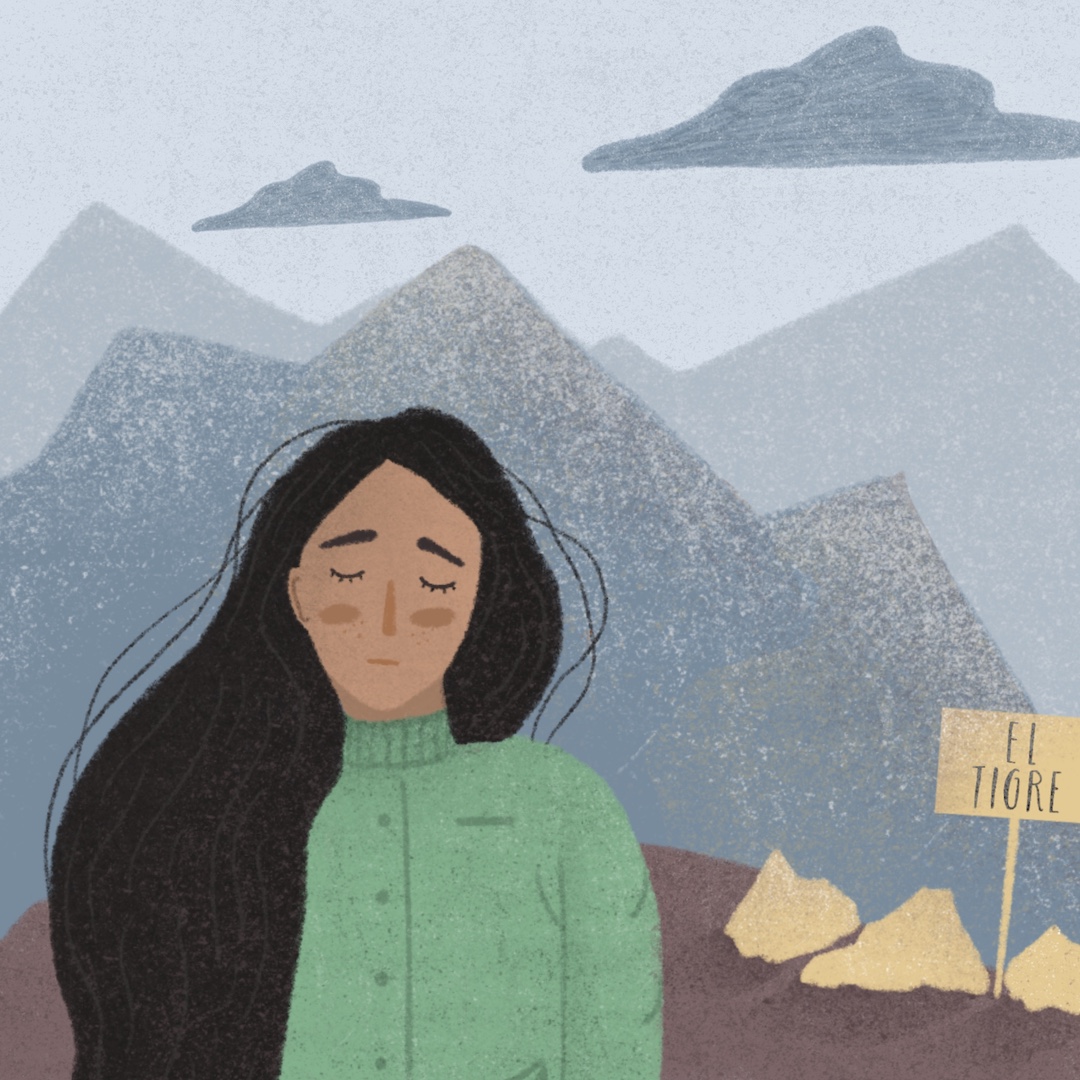 I went to the glacier ‘El Tigre’ at ten years old. I returned four years later and it was no longer the same.

I lived my childhood in Villa O’Higgins, a small town of about 500 inhabitants located in Patagonia, at the end of the southern highway in southern Chile. It is a place where nature is beautiful, with huge glaciers and pristine rivers. I always felt very privileged to have grown up there, which inspired in me an enormous respect for nature.

My dad worked on a boat that took a trip every week to Lake O’Higgins, the deepest lake in America and of which very little is known. He took me sailing with him. I was getting to know the different glaciers and forests. I was increasingly amazed by nature and I was learning to love it.

Unfortunately, I was also seeing how things changed in Patagonia with climate change. I have memories of very cold winters where I had to go to school in snow up to my knees. But year after year, that reality changed. There is almost no snow falling in the town. That has surprised me a lot.

Glaciers are also very affected. For example, there is a glacier called El Tigre and you can walk there about three hours from Villa O’Higgins. I went to this glacier at ten years old and returned four years later and it was no longer the same. I was so surprised to see this reality.

The glacier had receded a lot in only four years. That was the first impact from climate change that caught my attention, seeing how glaciers melted in front of my eyes. On television they talk about climate change, it is known on social networks, but seeing it live is very shocking and very sad.

I believe that young people are the protagonists of the fight against climate change because we were born thinking that humans must exist in balance with nature. Young people and children are more empowered and for us the environment is more important than money.

Story by Catalina Silva @catalinasilva.cl. Catalina is a 21-year-old activist and youth ambassador from Chile. She works to mobilize, generate strategies and alliances, and making a call to everyone so that we begin to take care of the planet.

Art by Lou Kiss @loukissdraws. Lou is a freelance illustrator with a strong focus on editorial and advertising work. She has recently graduated from Middlesex University with a First Class Honours degree in Illustration.